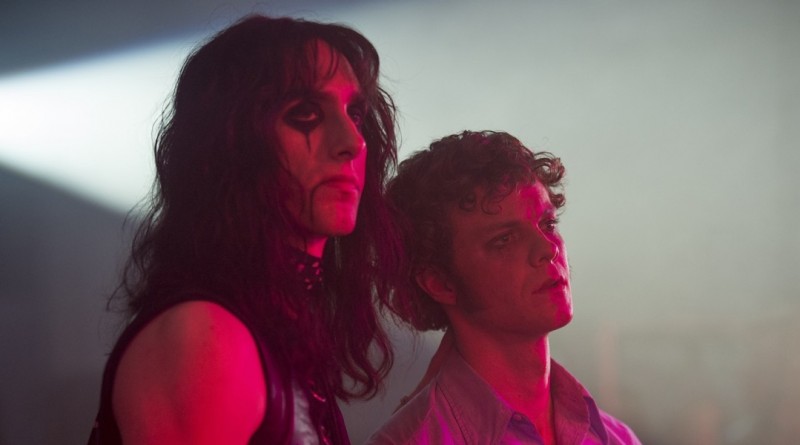 His own strained domestic situation has started to take up a fair bit of time on the show as his wife struggles to find her own life against Finestra’s. This time out she brings her connection to Andy Warhol up to the present in the series (1973) by requesting the artist sign his portrait of her for a fund raiser. Warhol has already made two other cameos in the series, and it’s beginning to weigh down the dramatic developments at the center of the story-line, about how music was so crucial to everyone’s existence in the 1970s.

That all seems very far away from where music is today.  One scene from ‘Whispered Secrets’ sees a record-company dinner saluting an industry pioneer. The band playing is a perfectly re-created Raspberries circa 1972/1973, complete with matching suits, Beatlesque harmonies and a driving beat.

Later on, Finestra is listening to Howlin’ Wolf’s “Smokestack Lightning”. This time out the picture cuts to a man who mimes to the original track on an urban fire escape, and for the first time, Vinyl’s dedication to re-creation falters.

Still, a delightful sub-plot concerning Alice Cooper, golf clubs and a guillotine carries the energy forward to maintain interest in the show. Cooper’s twisted humour delivers a nasty joke towards one of Richie’s most vacant A&R men. It’s made all the more resonant because Cooper eventually did ditch the rest of his band in 1975, echoing exactly the approach the A&R man was making.