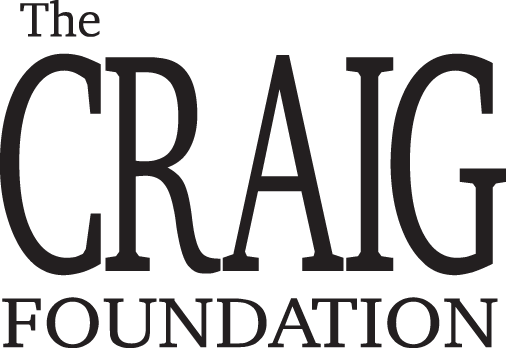 I knew the Craig family well for many years, because before the family moved to Blenheim Terrace, just below Oxford Street in Sir Sanford Fleming’s old estate, they lived in a modest house near the bottom of my home in Clayton Park.

This was the early and mid 197os. I was friends with Michael, one of Jack Craig’s two sons, and we would often hang out in what was old Rockingham. Next to Clayton Park was a giant quarry with very steep cliffs where the rock was drawn to build up the railway lines constructed during World War One along the Bedford Basin. A trail rose up from the old Fairview Station behind the Wandlyn Motel. Unknown to us at the time, it was the foot-path from the temporary barracks of the Home Children.

It was a bucolic landscape that seemed like paradise to a couple of young kids teetering on the edge of puberty. When Michael and the rest of his family made the decision to move to a drafty, run-down Victorian mansion down the street from a busy and cluttered university in the deep South End of town, it seemed like an idea that had slid completely off the scale of the sensible.

That must have been in 1973 or 1974. In hindsight, this was the beginnings of the reverse suburbanism that would go on to revitalize old neighbourhoods, making the Craigs part of a visionary wave of urbanites who would bring Halifax back to gaining some appreciation of its own charm and history.

To teenage guys, however, abandoning your friends and your tidy suburban milieu was a leap just a little too far. Eventually, Michael Craig and I would fall out of touch. But I do remember exploring the giant Victorian house he and his family moved into, and literally feeling the air come up through the floorboards. It was, I admit, a place that inspired a sense of wonder, even as it was a wreck when they moved in and took years to restore.

But restore it they did, bringing back the magnificence that had made it, once upon a time, a showplace for the man who had helped define Standard Time. This was just one of Jack and Joan Craig’s many achievements, one that often goes un-mentioned in the long list that usually accompanies their names in those often dry and un-ornamented press releases.

For my part, I remember Jack Craig as a firm, quiet, wonderful and almost quite average father. I met him again years later at a Board meeting of the Atlantic Film Festival (he had been invited to join) when I was making a presentation on the upcoming year’s programming aims and objectives. Jack was gentlemanly, and genuinely interested in what was going on at the Film Festival. I asked how Michael was doing and Jack said he was doing fine. Sadly, the agenda of the meeting, held in the evening at the National Film Board on Spring Garden Road, precluded much more social chatting, as there was a long list of items to go over.