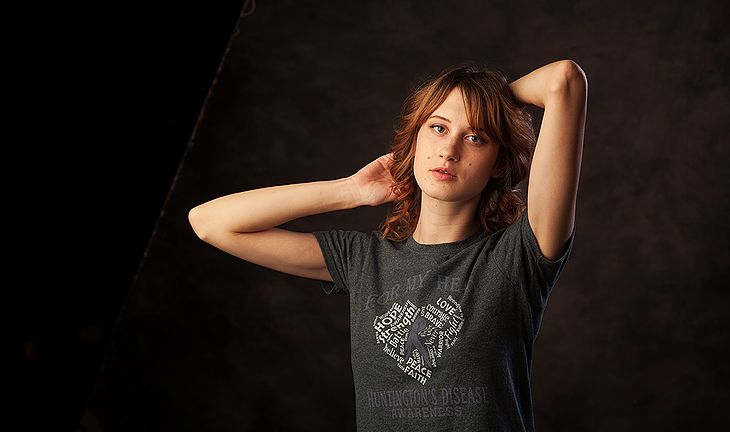 I met model Kathryn Jordan a few years ago when I was casting for a film. Never one to leave any stone un-turned (and because a colleague in California had recommended I try it), I took a look at the Model Mayhem site for local models who might fit the bill. Of the dozens of women I saw from Nova Scotia on the site, the only one that stood out as special and fit the look of the particular character I was casting was Kathryn. It was her eyes, really – they were both inviting and mysterious. Intrigued, I reached out to her and, after establishing my bona fides as a not-crazy guy, I asked if her if she might be interested in discussing the role. She said yes, so we set up a coffee chat.

A week later we got together at a local Starbucks. I was surprised she made it at all, because she was as sick as the proverbial dog, to the point of barely being able to talk. A lot of people would have postponed the meeting, or just blew it off altogether, but not Kathryn. She apologized for being sick but said she was really interested in acting, and the role in my film in particular (I had sent her the screenplay – it was a low budget indie thriller called The Cuckoo and the Clock). We had a good talk, and she impressed me as a focused and ambitious young woman who also had depth, soul and heart. And those eyes… in person, they were even more affecting than in her pictures. There was indeed a lot more going on behind them, I realized, than just another pretty face.

I would up casting a more experienced actress for the film, which Kathryn completely understood, but we became Facebook chums and agreed to stay in touch should future opportunities arise. I’ve followed her career with interest in the years since, watching as she has worked her way from doing photo shoots for free, in trade for pictures and / or exposure, to moving to Toronto and working her way up the ladder of paying gigs. She has developed a broad portfolio, from events and runway work to alternative fashion and workshops for photography/sketching/bodypainting. She has also done some television background work, and has appeared in music videos. Kathryn is still very much a “new face,” but she is also working hard to get as much experience as possible. In short, she is exactly who I thought she was when I first met her.

Is she the “next big thing”? I have no idea. But I do know that she is on my list of people that I want to work with someday. I haven’t chatted with her in person since that first meeting, so I thought I would take the opportunity to catch up and give our readers here a closer look at a talented and driven young Nova Scotian working hard to make her way in a tough profession that requires character as much as it does a “look” if you really want to succeed. Fortunately, Kathryn Jordan has both in spades.

Here is our conversation. 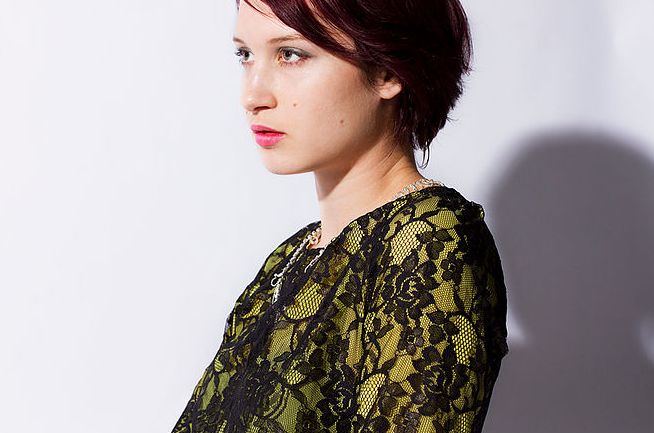 Kimball: Hi Kathryn. How are you feeling?

Kimball: [Laughs] Good! Perhaps you could start by telling us a bit about yourself. Who is Kathryn Jordan, where are you from… and how and why did you get involved in modeling?

Jordan: I was born in Halifax and raised in the Annapolis Valley. I played soccer and picked berries in the summer growing up. I was always a tomboy and loved hanging out with my brother and his friends, but as I got older I became more involved in discovering my femininity. I got scouted for modelling in Montreal four years ago but said no at the time. I started part-time in 2012 and have fallen in love with myself all over again. Modelling is a very creative outlet and I’m an artistic person at heart.

Kimball: Were you involved in any other artistic endeavors in school, like theater or choir, or is modeling the first time you’ve really embraced your artistic side?

Jordan:  I have always been into expressing myself in artistic ways. I was in band, drama, choir… I took every arts course in high school that I could manage to fit into my schedule. I also loved the local music scene growing up as my brother played in metal bands and I was usually front and center at his shows. I even hosted a show for my 16th birthday with a friend, which was awesome! 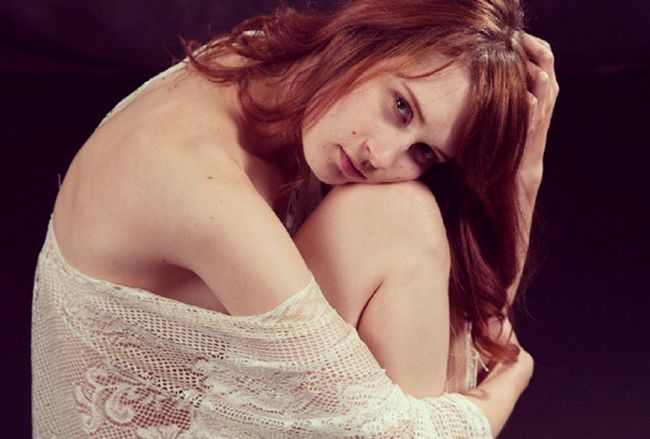 Kimball: Which models, either past or present, do you look to for inspiration? What do you think you can learn from them?

Jordan: Cara Delevingne and Tess Holliday. They are both weird and wonderful and one hundred per cent unique to their field. Anybody who breaks barriers from the norm is someone who appeals to me.

Kimball: One of the things that jumps out at me from your photos is that even when you’re made up and / or dressed up, you have a very naturalistic look. Do you draw on your experience growing up in rural Nova Scotia and being surrounded by nature to help you stay centered and emotionally honest when you’re working?

Jordan:  I love where I grew up, so yes, I  absolutely draw inspiration from the Valley, mostly when doing outdoors or adventurous shoots, because I have always been a traveler at heart. Even as a kid I loved getting outside and having excursions to other towns with the family. 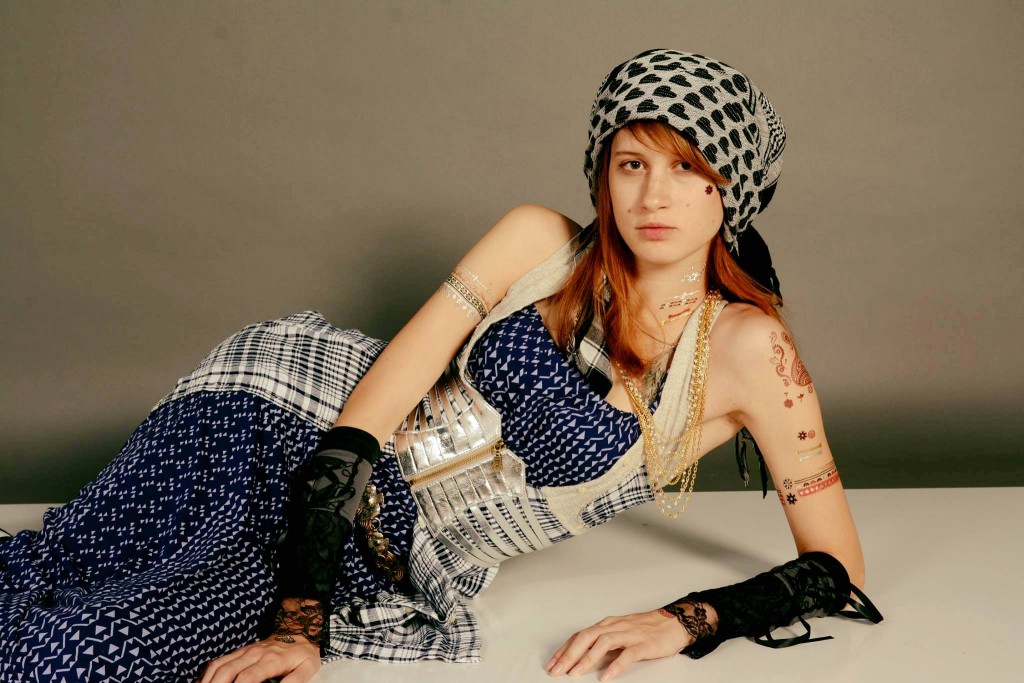 Kimball: What are your thoughts on the “Size 0” debate that has spilled out from the modelling industry into the broader society as a whole?

Jordan: I believe that my presence in Toronto may be kind of a controversial thing, because I’m not a size 0-2 and I go for more of a “high fashion” look. I want to work for designers who would change their sample sizes just to fit me. I don’t believe in the fashion ideal of yesterday; women being stick thin was a very momentary trend when you look at the bigger fashion picture. There’s a place for everyone.

Kimball: Fashion photographer Bill Cunningham has said that, “Fashion is the armor to survive the reality of everyday life.” What do you think about that, and the role of the model in creating that “armor”?

Jordan: I’m one of those people who likes to express freely. I would wear PJs in public and not bat an eye. I try to keep my fashion very low-key and minimalistic; the fewer items in my wardrobe, the better. As a model I like to contend with whatever role is being played by me at a shoot. If I’m girly and flirty that doesn’t feel like armor, it’s more of an invitation… which it why usually I stick with blocky fabrics, plain colours… and many, many layers in day-to-day life. I guess that’s my armor – just being me. 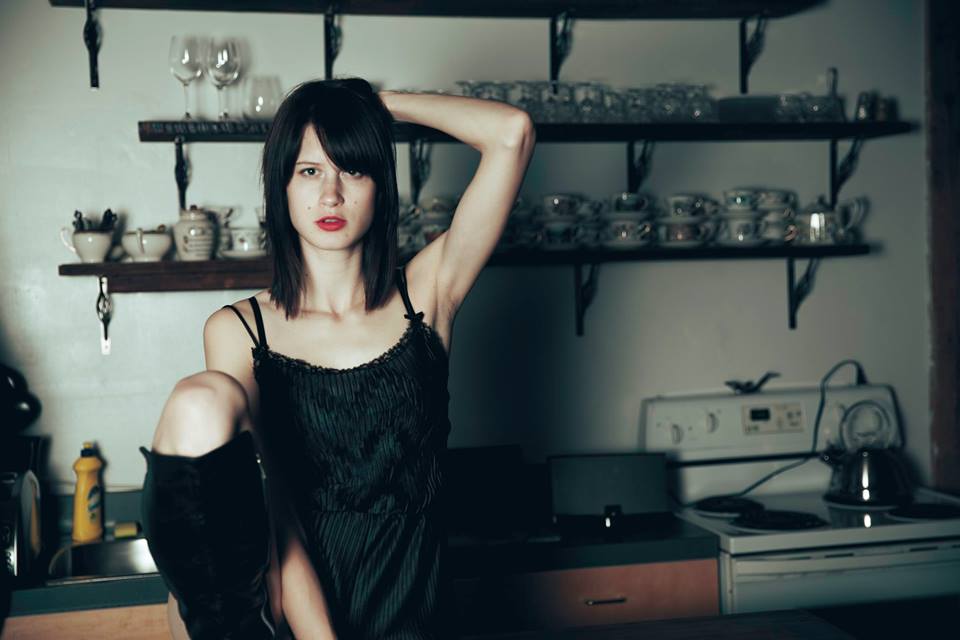 Kimball: I’ve seen a lot of your modelling photos, and the one thing I am always drawn to are your eyes. It makes me think of the old saying that the eyes are the windows to the soul. How much of the inner Kathryn Jordan are you letting people see through your eyes? Is it even something of which you’re conscious?

Jordan: I let everyone see me as much as they are able to, because I’m a very honest and open person. Sometimes I worry that I come off as stuck up or too quiet. I am just an introvert, but I have always been confident in my quietness. My eyes tell a very wonderful story of triumph; I purposefully express this in all my photos. I used to be a very sad person and have dealt with a lot in life, so this can also show through my eyes in photos. It’s me telling the story of my journey so far, but leaving some mystery to the tale as well.

Kimball: If you could pick one song as your theme music on a runway, what would it be… and why?

Jordan: “Sunshine” by  Flight Facilities featuring Reggie Watts. It isn’t too fast or slow to walk to, but you just feel the groove almost instantly, and that gives the extra lean to your walk.

Kimball: The “sashay,” as it were. 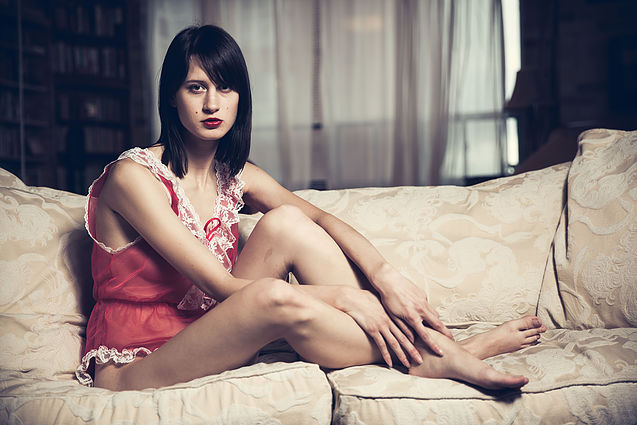 Kimball: You relocated to Toronto. How are things going up there for you?

Jordan: I moved to Toronto about 8 months ago and almost 6 months ago started modelling full-time. I’m actually living in Vaughan so most people don’t say that I live in Toronto. It’s about a 20 minute bus to the closest subway a little more north of the city. I go into Toronto almost daily for shoots/meetings/workshops though. I miss Nova Scotia, of course, but I love it here – there’s so much to do and see and so many amazing shows! The creative energy is amazing! My brother also lives in Brantford so I have some family close by, which is great.

Kimball: What are your long-term  aspirations, besides modelling of course?

Jordan: I would love to be a philanthropist and to donate as much of my time and efforts as I could to people who need it. Support and help my friends in the LGBTQ community, people who are homeless, those with disabilities, refugees, anybody who has been the victim of abuse, hate or racism of any kind. I am an unofficial ambassador for Youth Affected by Huntington’s disease. I also am an alumni of a volunteer program called Katimavik, and I spend time (giving out stickers/buttons and talking to people online and in person, petitions) trying to get funding back for this program; I was in the last group of participants to do the nine month program back in 2009. Under the Conservative government, I felt my presence as a youth leader was so much lessened by the fact that funding for film work, youth programs like Katimavik, and arts programs, was cut back. But now, I have hope! Go Trudeau! Bring back Katimavik – your dad basically invented it! 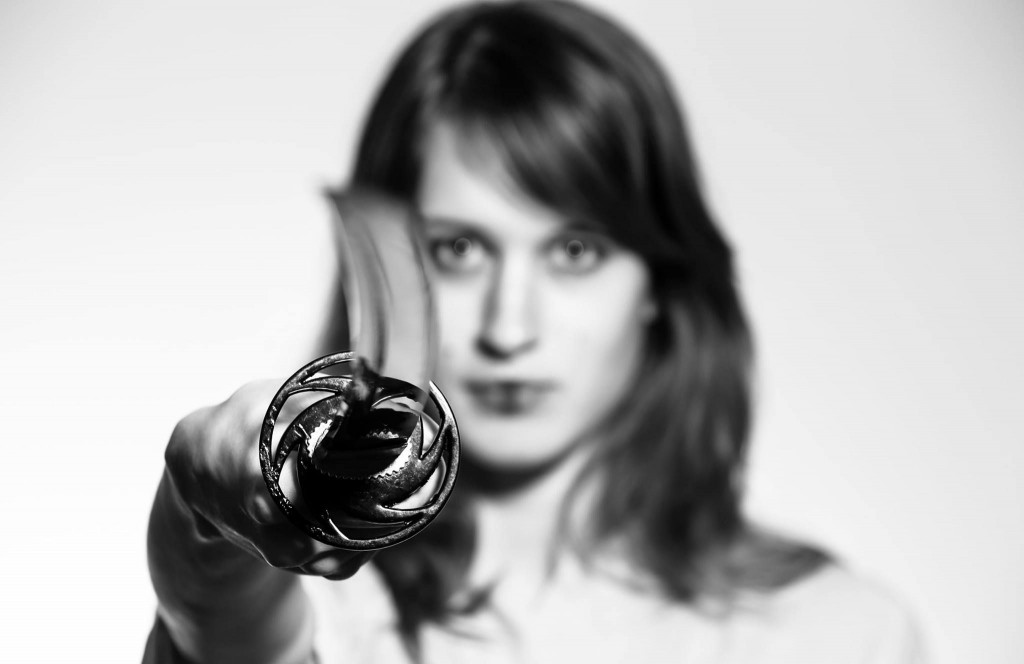 Kimball: And now, some short snappers, as they used to call them in Reach For the Top. Love, or money?

Kimball: Burn out in a blaze of glory, or live a long life of comfortable anonymity?

Jordan: Blaze of glory, for sure.

Jordan: Definitely fight. Never give up. 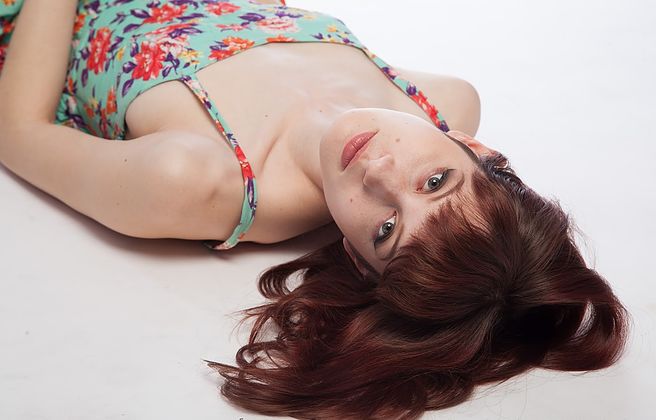 Kimball: Word association time. Give me the first word that comes into your mind when I say… beauty.

Kimball: Interesting. Still a Valley girl at heart. How about… passion.

Kimball: I sense a trend. [Laughs] The future. 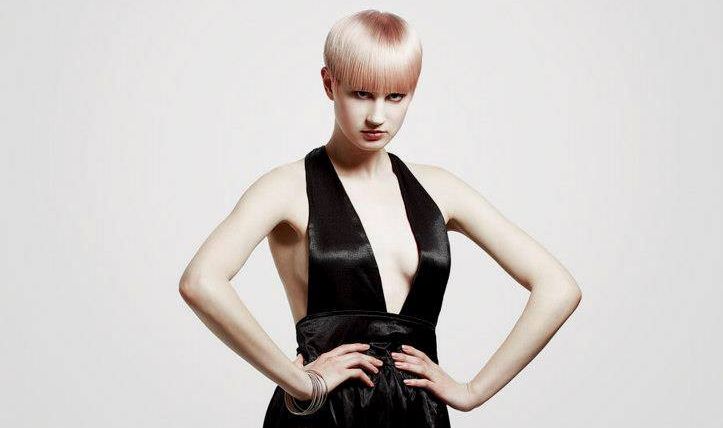 Kimball: [Laughs] Very good. One final question then, following on from your last answer. If you could be the first fashion model on Mars, knowing that you could never return to Earth, would you take the trip?

Jordan: Yes!!! [Pauses] But only if I could take someone with me.

Kimball: Of course. What good would it be to be a fashion model if there was no-one there to see you sashay across the red sands?

Jordan: Sure. [Smiles] Why not?