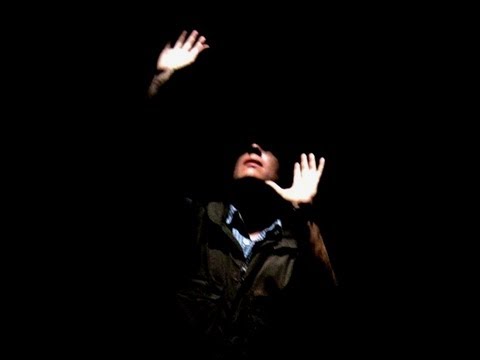 When I was a kid, maybe ten or eleven, I read a short story in which a young boy and girl wander into an old cemetery at night. They decide to play a game of hide-and-seek and the boy makes the mistake of walking around the church in a counter-clockwise direction as he searches for a hiding place. Because the church had been cursed this caused him to become invisible, as if he had run into a portal and shifted out of phase with the universe or something like that. The only way he could get back to our plane of existence was by walking around the church in a clockwise direction which would reverse the effect. As I recall, the boy eventually figured it out and escaped from the trap, but not before both he and the girl were frightened out of their minds. Little did I know that three decades later I would find myself at a church in England where the truth would prove stranger than childhood fiction.

In order to broaden the international sales appeal of Ghost Cases, a television series I made for Eastlink TV back in 2008-09, I decided that we would film four episodes outside of Canada. Our first choice was Louisiana, and we had the locations and the trip booked, but we were turned away at the airport by US Customs, apparently because they don’t like any competition for the dire ghost shows produced in the United States. Or perhaps they had read my Facebook postings critical of American foreign policy. They didn’t really give us a reason.

Fortunately, I had met a good bloke named Dave Sadler when we were both speakers at a paranormal conference in Altrincham, England, a couple of years before. At the time Dave had made the mistake of telling me that if I ever needed any help from “across the pond” all I had to do was give him a call. With our American trip now a non-starter I definitely needed help, so I rang him up. He was more than happy to work with us, and two months later, largely thanks to his research and connections, we landed in England to film the four foreign episodes.

Dave picked Holly and I up at the airport, drove us back to our hotel in Congleton (a town about a half an hour south of Manchester), and introduced us to his fellow investigators from a group known as the Unknown Phenomena Investigation Association (UPIA). This somewhat motley but serious-minded crew included Steve Mera, an experienced investigator who would join Dave, Holly and I for all four episodes.

Thus began a week of all around strange happenings, the likes of which Holly and I had not quite run into before.