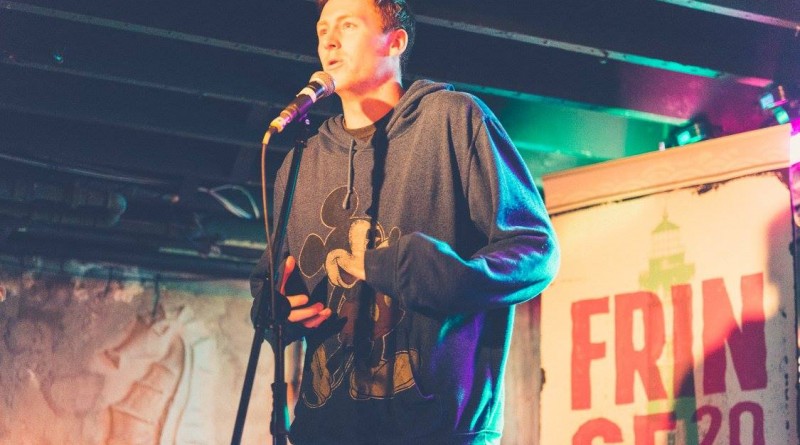 Sure, the newspaper industry is changing, but the Herald is attempting to place all of the burden for meeting those challenges (and answering for the mistakes management have made) upon the workers. That’s just not right.

This dispute puts artists in a bit of a difficult place.

On the one hand, we all need to find an audience for our work, and the Chronicle Herald still has the biggest print media reach in the province.

On the other hand, however, the real arts reporters on strike – Stephen Cooke, Andrea Nemetz, Elissa Barnard – are good, hard-working people whom most of us have come to know and respect over the years. At one time or another, almost all artists in Nova Scotia have benefited from their hard work and good reportage, whether directly or indirectly.

It means not talking to the Herald.

Ron and I have already made that commitment with respect to the screening of our feature film Exit Thread at the Atlantic Film Festival later this month. We won’t talk to anyone from the Herald, even though that means reaching fewer people than we would otherwise.

Young actor and playwright Taylor Olson (pictured above) is another artist who has come out in support of the striking reporters. He currently has a play called “Heavy” running at the Atlantic Fringe Festival, and he debated with himself whether or not to answer questions from a scab writer at the Chronicle Herald who wanted to write a review. Here is what Taylor wrote on his Facebook page on Saturday:

Last night I had to make a decision, that wasn’t very hard, but an important one, I think. A young writer for the Chronicle Herald wanted to write a review of Heavy: Atlantic Fringe Festival 2016. and of course, as a Haligonian, union member, and human, I, hopefully politely (because honestly they were just a young writer trying to find work in Halifax), said no. I’m saying this just because I know the lack of reviews has been hurting summer theatre attendance this last summer (which blows), and I feel like it gives me a good excuse to plug my show again (because attendance the first couple shows has been a little low-ish) without seeming as overly self indulgent, but also because I think it’s important to stand with the workers who have gotten screwed over here.

As we all celebrate Labour Day weekend, I urge our colleagues in the arts in Nova Scotia follow Olson’s example and deprive the Herald of the one thing that allows them to keep hammering the striking reporters and editors – our cooperation.

We have the stories.

We must demand that the paper bring back the real reporters if they want to tell them.

8 thoughts on “Artists and the Chronicle Herald”