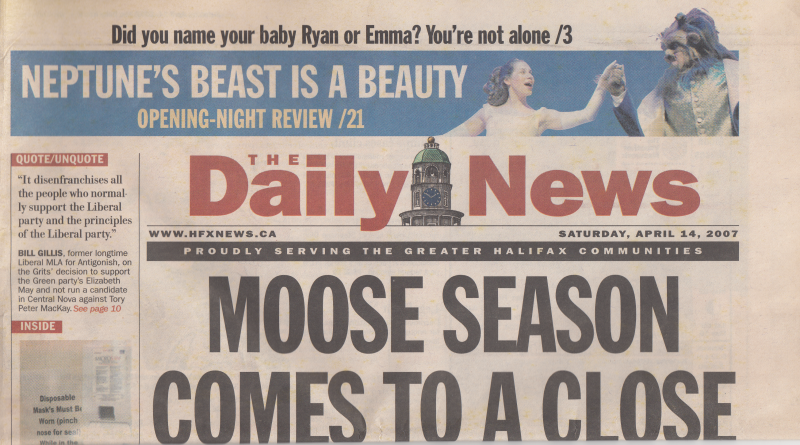 While the Chronicle Herald was very much the “establishment” paper (and remains so today), the Daily News was the upstart, cheeky, rabble-rousing new kid on the block – the paper that was willing to upset the apple cart with more vivid opinions and harder-edged reporting, along with some columnists who could really get up people’s noses, yours truly foremost among them.