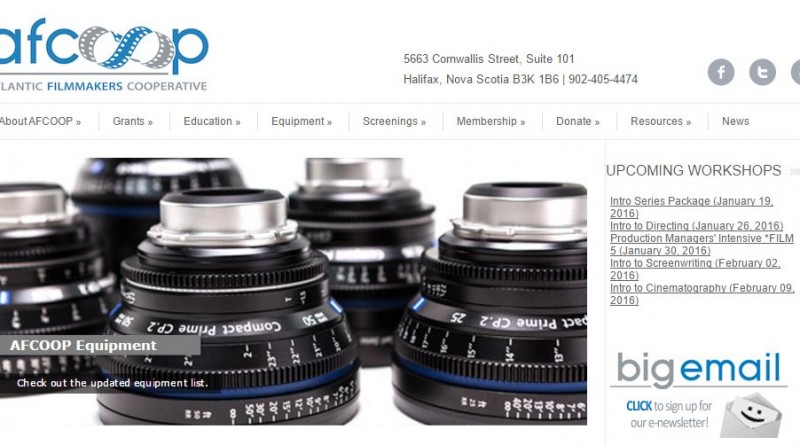 A cold Thursday night in late January saw an explosion of warmth at the annual Winter Meeting of the Atlantic Filmmakers Cooperative.

AFCOOP has been around since the mid 1970s, and after the McNeil government’s drastic cuts to Nova Scotia film industry funding in 2015 the organization is more important than ever. With the film industry in Nova Scotia confronting the catastrophic effects of the changes in provincial government policy, anyone and everyone interested in film scene should consider getting involved with AFCOOP. Whether you’re a recent film school graduate, or a grizzled veteran, AFCOOP offers equipment rentals, training programs, screenings and an indie film festival, along with a place for advice, support and solidarity in a rapidly changing motion picture milieu.

Having a long association with AFCOOP (I’ve presented workshops, film history Crash courses, and attended juries for the organization), I was intrigued at how the surprisingly agile outfit has managed over nearly a year of crisis in the province’s film sector. What I found was a group that was highly organized, tightly run and enthusiastically motivated to soldier on. The staff delivered their meeting agenda within one hour and fifteen minutes. Important information was breezily presented. A new 4K camera will be arriving soon. New editing software is up and running. And the Halifax Independent Film Festival will be bringing programmers from away to view some of the films produced here.

Even more surprising is the fact that there is an upsurge in interest in 8mm film, reinforcing the Co-Op’s mandate to deal with film beyond simple narrative forms into areas where motion pictures are considered a time-based experimental medium that still has important territories of the avant garde worth exploring.

Of course, with a packed house – every seat was taken, and a raft of new members were installed – the Film Co-op presented time for everyone to schmooze like crazy, with people catching up on their various projects and connecting with skill sets and film knowledge that members and associate members have always been most willing to share. AFCOOP is still an organization that takes the “cooperative” part of their name seriously.

I consider AFCOOP to be Ground Zero for Halifax and Nova Scotia’s Film Scene, and the fact that it is flourishing in the face of the larger industry’s difficulties is heartening indeed.